Which Programming Language does Arduino Use?

Almost every electrical and embedded system engineer has used Arduino once in a lifetime. It is one of the most affordable and easy-to-learn microcontrollers to learn embedded systems. However, there is a little confusion about the programming language to program Arduino boards. Therefore, every engineer asks, “Which Programming Language does Arduino Use?”

Arduino supports a language that is known as Arduino Programming Language. Arduino language is a framework built on top of C++. Therefore, It resembles C++ a lot. However, Arduino language offers several others functions to make it easier to use in embedded systems.

You want to hear some interesting news. You can also program Arduino boards in Python too. There is an amazing platform, MicroPython, that allows us to run Python Sketches directly on Arduino Boards.

How does Arduino Programming resemble C++?

Arduino provides its functions and API’s like digital read and digital write. How can we say that it is C++? These Arduino functions are wrappers over C++.

If you don’t want to use these functions, you can write your own functions in C++. Arduino IDE will compile it successfully.

Furthermore, if you check the definition of any Arduino function, it must be written in C/C++. So, Arduino simplifies C++ with some domain-specific libraries for embedded systems.

In Simple words, C++ is the core behind Arduino programming. You can mix Arduino APIs and C++ to write any firmware for Arduino Uno and other related boards.

Why Use C++ instead of Arduino?

As we have already discussed, Arduino simplifies C++ with some domain-specific libraries related to embedded systems. It makes embedded systems programming easier for everyone. You can check functions like digital write and digital read in Arduino code examples in Arduino IDE. These functions are wrappers over C++.

Therefore, you should use pure C++ to program Arduino Uno boards with some third-party IDE like Eclipse to get complete control over memory and speed. Hence, C++ is the best programming Language for Arduino if you want advanced functionalities.

Can You Program Arduino Boards with Python?

However, most microcontroller supports only C/C++. But don’t worry. Arduino offers support for programming boards using Python.  Hence, you can use the Arduino programming language python if you have a strong grip on Python.

The different frameworks for Arduino Programming Language Python are the following.

Where to Learn Arduino:

Arduino is a very common board. Therefore, you can easily find a lot of material on YouTube as well as google to learn Arduino quickly. You can get Arduino programming language tutorial on YouTube if you like video content. You can also learn Arduino by interfacing different devices using Arduino code examples. Arduino IDE provides a lot of Arduino code examples for learning.

Besides you can also find a lot of Pdf courses on google if you love books for learning. If you have a little experience with microcontrollers, you can check Arduino code examples on the internet and practice them. Besides, you can take help from the Arduino language reference manual for detailed learning. The Arduino language reference guide descriptively defines every function in Arduino for easy working.

If you want to become a pro in Arduino you should also learn FreeRTOS. It is very necessary tool to build real time system with Arduino.

Arduino is a framework on top of C++ programming language with additional functions and domain-specific libraries for embedded systems.

However, you can also program Arduino using pure C++ and third-party IDE like Eclipse or VS code. It can offer more control over memory and speed.

Arduino also allows us to write firmware in Python using different libraries such as MicroPython, PySerial, and PyFirmware. Arduino programming language python is an optimal choice for python developers. However, it causes several difficulties in embedded scenarios. Therefore, the best programming language for Arduino is C++. 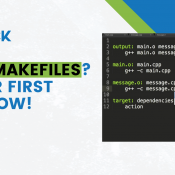 What are Makefiles? Write Your First Makefile now! 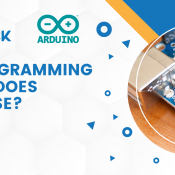 Which Programming Language does Arduino Use? 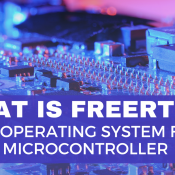 What is FreeRTOS? An Operating System for Microcontroller 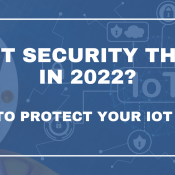 Our international Client Managers will answer your questions and guide you
towards a free quotation for your development project.​

get a free quote